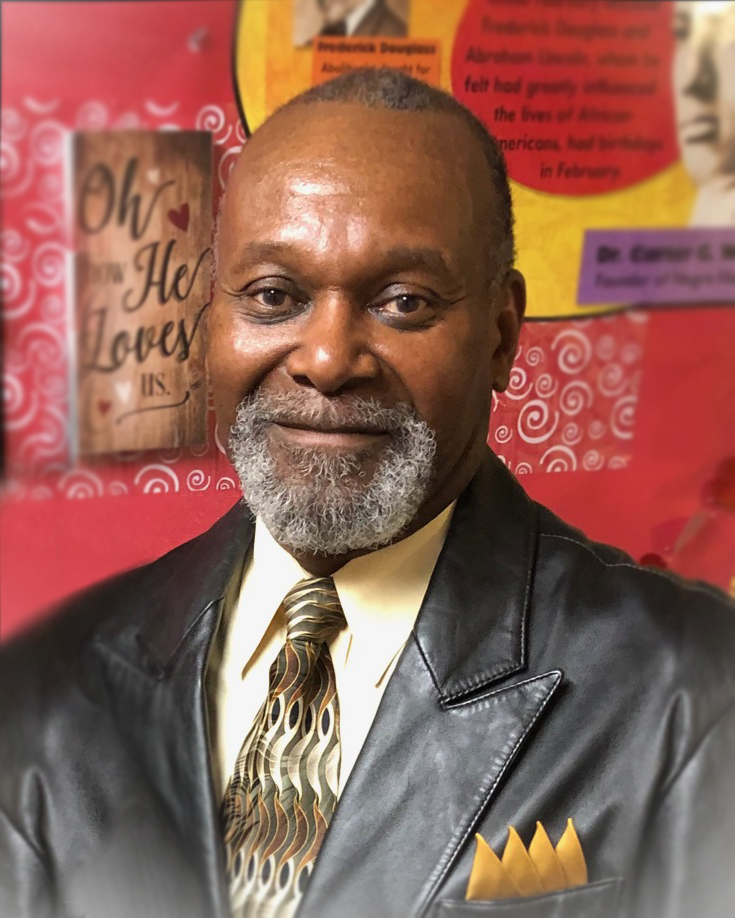 Elder Richard Lee Folds Jr. was born February 7, 1951 I Akron, Ohio to his parents Richard Lee Folds Sr. and Juanita Nichols Folds. He was the first boy born into this family. He was raised with his three sisters Barbara, Vertine, Doretha, and one brother Ronald, giving him the position of “big brother.”

Being raised in a Christian home, Richard was influenced by his grandfather Bishop William Nichols who was the pastor and spiritual leader of the family and his grandmother Mother Novella Nichols and his mother Juanita Folds who were great examples of holiness and a love for the Lord. He learned to play the drums, mastered the tambourine.

As Richard began to grow and mature he united with the Bibleway Temple of Prayer in Cleveland, Ohio under the pastorate of District Elder James Edward Nichols who was his uncle. He acknowledged his call to the ministry during this time and served as one of the ministers.

Richard relocated to Denver and was a member of the Now Faith Christian Center Church pastored by Apostle Leon & Yvonne Emerson.

Adhering to the call on his life, Richard was ordained at First Apostolic Faith Church in Akron, Ohio by Bishop Francis Smith and later served under Pastor Samuel L. Hampton Sr. He prided himself in saying “I was Elder Hampton’s right hand man.”

In 1984 Elder Folds went back to Akron, Ohio to claim his bride Karen Norma Folds.

Akron, Ohio was the rubber capital of the United States, and Elder Folds worked for Hygenic Corporation in Talmage, Ohio a manufacturer of standard and custom synthetic and natural rubber products.

Elder Folds’ love was always Denver, Colorado and with a desire to provide a better life for his family, in 2005 he made his pilgrimage back to Denver. Upon his return to Denver he began working for United Airlines and at the same time he studied to begin his career with the Regional Transportation District and worked for them for the last 14 years until his health began to fail in December 2019.

Elder Folds worked hard and loved his job even though he would say driving the route on the “Fax” (Colfax was much.)” He loved traveling, golf, and driving in the mountains. His favorite movies were action, comedy, and Sci Fi thrillers. “Elder” as he was fondly called loved motorcycles, cars, his jeep, and his Ford-King Ranch F150 Truck. Basketball was one of his favorite sports and the Golden State Warriors was his favorite team. He had great admiration for “mean green”. To know Elder Folds was to know he loved shopping, he loved looking and smelling good, and everything must match.

Elder Richard and Sister Karen Folds united with the Redeeming Love Fellowship Church under the pastorate of his uncle Bishop Clyde R. Nichols. His sense of humor was always challenged by the members of Redeeming Love and his family.