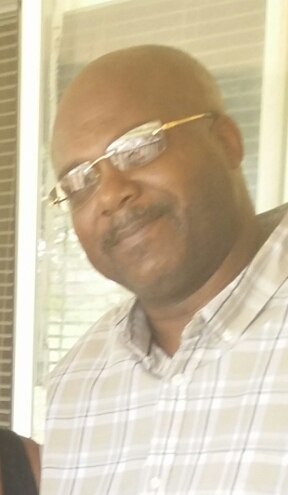 On December 21, 1967, Randy Dwayne Willis was born in Dallas, TX, to Hayzel Lorene and Robert D. Willis. He was the youngest of four children born into the family. The Willis family moved to Colorado in 1977. Randy received his education from Goldrick Elementary, Kepner Junior High and he was a proud graduate of Abraham Lincoln High School class of 1986. Following high school Randy served in the military and was honorably discharged from the United States Army.

Randy was a Senior Maintenance Technician, for Greystar Property Management Company. In this capacity, Randy was responsible for ensuring that the apartments under his supervision were well maintained and repairs were completed in a timely manner. He was very enthusiastic about every aspect of his responsibilities and made every effort to make the Summit Ridge property was run well. His service was greatly appreciated.

He loved the Lord although he wasn’t an official member of any one church, he did visit various churches from time to time and would listen to his gospel music on occasion. His favorite scripture was Ephesians 6:11-18 KJV:

“Put on the whole armor of God, that ye may be able to stand against the wiles of the devil. For we wrestle not against flesh and blood but against the principalities, against powers, against rulers of the darkness of this world, against spiritual wickedness in high places…”

Randy lived a full life. He was a huge Dallas Cowboy fan. He loved to have family and friends over to watch the game. He would fire up the grill and put any and everything on it. It was great fun, but Bronco gear was strictly prohibited. He was knowledgeable about many things. Some would say he was a little bossy, others would say he was an enthusiastic instructor. His sister Renee recalls Randy trying to teach her how to play Poker. He would get frustrated, not understanding why I never could get it. I remember going to the poker game and reached my hand across the table and he yelled and tried to explain to the other players how I just didn’t understand. That was not the thing to do with real players.”

Some of Randy’s other interest included collecting old coin / bills. He loved to tinker with electronic devices of all types. Taking things apart and putting them back together. He enjoyed driving, his favorite cars were Lincolns and Cadillacs. There was never a problem getting Randy to be the designated driver.

Randy departed this life, to the embrace of the Lord on May 24, 2019. He is preceded in death by his mother, Hayzel Lorene Willis. Left to cherish his memory is his children, Zhanya Imani Germany and Sydney Shae Roston of Aurora, Co; his father Robert David, Sr. Willis; his brother Robert David Willis, Jr. of Commerce City, CO; sisters, Pameula Gale Willis of Denver, CO and Gwendolyn Renee Harris of Aurora, CO; granddaughter Ty’Lynn L’Lani Germany; devoted companion Rosemary Gaye; a host of nieces, nephews, other relatives and loyal friends.