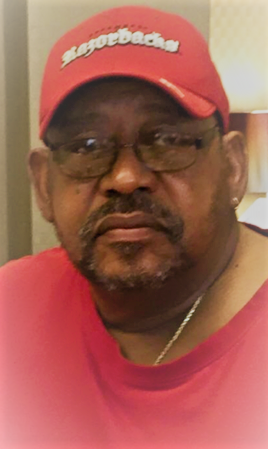 A Time to be Born: Lee Arthur Trammell, age 69, was born on August 10, 1950 in Bradley, Arkansas to Lenard Trammell & Caroline King Trammell. He was the 4th of 6 children born to his parents. Both his parents preceded him in death and brothers: Lenard Ray Trammell, Joseph Caldwell, Willie Lewis Brown: sister; Josie Lee Caldwell.

A Time to Grow: Lee attended and graduated from Bumpham High School where he was on the basketball team and was a star player. He was the Michael Jordan of Bradley, AR. He shot marbles, threw rocks off the railroad tracks, played basketball in the dirt and people would pull him on the cotton sacks in the cotton field because he was too lazy to pick it. He graduated in May 1968 and continued his education at Bishop College in Dallas, Texas where he continued playing his favorite sport, basketball.

A Time to Live: Lee met and married Geraldine Jones (BKA Gerri) on August 01, 1979 and to this union was born two daughters, Stephanie and Tanza. Lee’s favorite pastime was cooking, playing cards and dominoes, viewing all the Denver home team games — Broncos, Nuggets & Rockies. He was an avid and die-hard supporter whether they won or loss! He was also the chauffeur extraordinaire for everybody in his family, especially his daughters and niece during their growing up years. This skill transferred to his grandchildren which was a part of his daily routine and multiple family trips across the United States, especially Arkansas and New Mexico. Another one of his daily routines would be going to 7-11 for coffee and purchase a few of the Colorado Lottery scratch tickets trying to win that million. Wagering was another one of his passions. His precious time spent with his granddaughters was watching cartoons or taking them to McDonald to eat and watch them play. One of his pet peeves was being on time. He always wanted to be the first person at any event. He hated being late. He was Vice President of the Colorful Colorado Classic Car Club for several years with his 66 Impala Super Sport and 67 Riviera, all original. He was also the “Bernie Mack” of the family. He would quickly end an argument with a bet to shut you up. When we traveled to his hometown, Bradley, AR, we would always make a special stop in Stamps, AR just to eat some Buffalo Fish from the Get ‘N’ Go Fish Market. He loved to eat and especially fish. He would call Dwight Sr. every day to argue about the Dallas Cowboys and the Denver Broncos, comparing their records and who needs to play next on the iPhone dominoes game. His favorite hang out spot was Mr. A’s and every Saturday he would venture down there to play dominoes with Big Baby and many other friends. His family and friends called him “Big Lee” and his son called him “Dude.” One of his daughters call him “Dad or Big Guy” and the other “Dad or Big Dawg.” He had a special relationship
with each of his children. He was a super great husband, father, grandfather and supporter to many that loved him dearly. He will truly be missed because we’ve lost the “love of our life.”