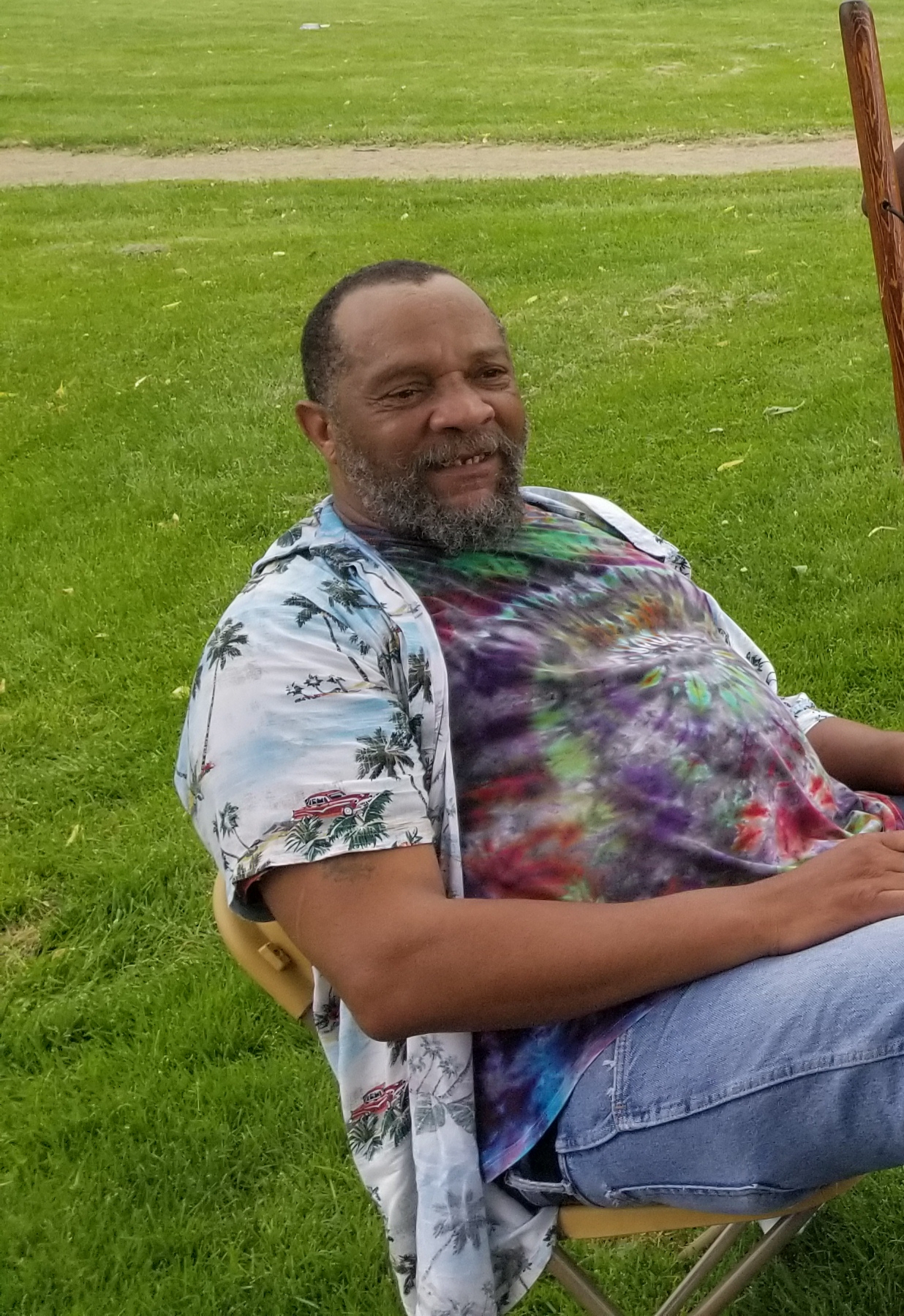 James Richard Murray was born August 25th, 1957 in Denver, Colorado to Irene French and Jack Richard Murray. He was a beloved father, son, granddad and brother. Ricky was full of life and loved to be with people he cherished most, all who have treasured memories with him. He was a cool conversationalist & could talk about many topics, from recipes to current events world wide. Although, his name was James Richard, you can often here him saying “I’m Rick James” as he exited a function. Always leaving at least one laughing.

Ricky was a proud dad of 2 daughters, Nicole and Janesa Murray. Memories of summers spent swimming, boating, cruising the city on the bus and simply one on one time will always be cherished memories. By profession, young Ricky was a shoe salesman then later becoming a painter- residential both interior and exterior, which he did with pride well into his 50’s.

A man of many interests, James enjoyed watching sports & was a big home town team supporter. He enjoyed casinos and poker online, fishing trips in the mountains, family functions such as reunions and fish frys, and laughing, cracking jokes with his close relatives. It truly was a good time to be in the presence of him.

James Richard Murray departed this life November 22nd, 2019, of health conditions, in his home in Denver, Colorado. He is preceded in death by both of his parents, Irene French & Jack Richard Murray. Those left to cherish his memory and mourn his loss include his daughters, Nicole Murray of Denver and Janesa Murray of Loveland; 5 grandchildren, Veronica Murray, Braylon Holland, Brandon Holland and Nalani Jackson of Denver; Amaia Jones of Loveland; 2 sisters Jacquelyn Smith of Philadelphia and Nicole (Murray) of Denver; and a host of cousins, nieces and nephews, other relatives and many friends.