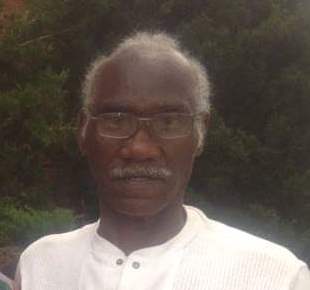 Life begins as an open book with many blank pages. Each day we live our life. The deeds are recorded page by page until we close our eyes in death and await that great judgment.

The pages of this book began for James Edward O’Kain “Pops” on January 17, 1944 was born to the union of the late Columbus and Callie (Smith) O’Kain in Clarendon, Arkansas. He was raised with ten siblings, Albert, M.C., Johnny, Floyd, Roosevelt, Margaret, Virginia, Bertha, Geraldine and Velvet.

James Edward O’Kain joined the Philadelphia Missionary Baptist Church at a young age. He received his formal education from Clarendon High School in Clarendon, Arkansas. He later received his degree in Marketing from Metropolitan State College in Denver, Colorado.

James moved to Denver and joined the U.S. Army in 1964 achieving the rank of E-5/SGT. James was introduced to his future wife, Serlevia by dear friends, Ernest and Barbara Harris at Parks Business School. They became friends and a romantic relationship developed, soon after, they were married on June 14, 1970. The following year they were blessed with their son Jibraa’iyl Abdul’laah, and became a blended family of three children, one daughter and two sons, Carolyn Whiteside-Kendall and Phinehas Moore.

James served as a Food Service Manager and Caterer for Flight Services; he serviced various airlines, primarily Continental Airlines. After retiring, Mr. O’Kain enjoyed traveling. He loved trips to Las Vegas and visiting family and friends. James O’Kain was loved by many. He will be missed.

“To know even one life has breathed easier because you have lived. This is to have succeeded”
~Ralph Waldo Emerson~

James is preceded in death by his parents and siblings: Albert, M.C., Johnny, Floyd, Roosevelt, Margaret, and Virginia.