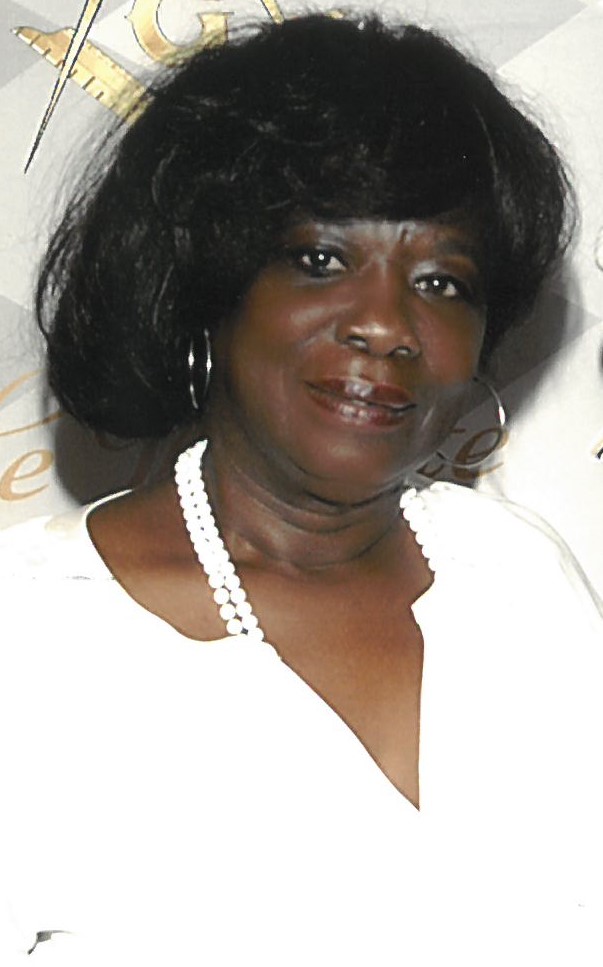 Hazel Castleberry was born on May 4, 1952 in Birmingham, Alabama to parents Elizabeth Castleberry and James Frison Sr. Hazel was raised with 5 brothers, William Turner, Raymond, Eddie, Freddie , and David Castleberry. Hazel was her mother’s second born and only girl. Hazel later met her older brother and sister James Frison Jr. and Linda Shellby they bonded instantly.
Growing up, Hazel had a great sense of humor, loved dressing up, singing, reading, dancing, cooking and spending time with her siblings whom she was very protective of. She was extremely close to and especially fond of her mother, also being raised close to her grandmother affectionately known as “Big Ma” Rosa Mae Humphrey and great-grandmother Lizzie Gray. She always said those three amazing intellectual women provided her with unconditional love and many life tools which helped her become the strong independent woman she was. A woman of strong faith and belief she accepted the lord as her savior at a very early age.
While still in elementary school, the family relocated to Long Island, New York where she attended schools in the Nassau County District. As a high school student, Hazel was active in several extra-curricular activities, including cheerleading, Booster Club and running track. She was also exceptionally good with numbers.
Hazel met Moses Guice while still in high school whom she married and through their union, two beautiful children were born Darrel T. and Angela D. Guice. Hazel was the ultimate loving and caring mother always putting family first and deep passion in everything she did. The young family moved to the city living in the Bronx and then Brooklyn. Hazel made sure her kids stayed active with many activities. She would also organize trips and free lunch programs for the neighborhood children in the summers. Hazel was a remarkable woman, full of ambition, never letting anyone or anything get in the way of her goals.
Years later Hazel suffered the devastating loss of her mother, her pride and joy. Being the family oriented woman she was, Hazel took in her three younger brothers. Her marriage was dissolved shortly after. Maintaining her faith, composure and smile during that difficult time, she moved her now larger family back to Long Island, where she purchased her first home, continuing her nurturing ways, while working hard. Continuing to persevere, Hazel went back to school earning an Associate degree in Accounting
In the early 80’s Hazel relocated her children and her youngest brother William to Denver, CO to be with longtime friend, whom she had known and worked with years ago in New York, Nathan Matthews. They were later united in Holy Matrimony. Hazel and Nathan were inseparable, sharing 38 years together. Hazel was a devoted wife and committed mother.
Hazel was blessed as a proud grandmother to her grandson, whom she adored, Malik H. Hamilton. The two of them shared a very special, unbreakable bond. She showered her grandson with unconditional love, knowledge and great advice (Plus jokes).
Hazel always made time to give back, she was very charitable, donating to various organizations, most notably the American Lung and Heart Associations, among others for many years.
Hazel joined The Order of The Eastern Star, Prince Hall Affiliated, receiving the Complimentary Degree of Queen of The South, having previously received the Five Degrees of The Order Of the Eastern Star in Evergreen Chapter No. 3. Sister Hazel also received the Royal and Exalted award of the Amaranth Degree.
Professionally, Hazel worked in the retail and banking industries, and was employed by US Bank as Cash Vault Manager for 18 years. Hazel was loved by her co-workers and maintained lifelong relationships with many of them. Hazel was forced into early retirement due to health reasons in late 2016.
In her free time, Hazel enjoyed Traveling, cooking (She was a Master Chef), hitting the town with her husband, spending time with family and friends, enjoying holidays, backyard BBQ’s at home and hitting the hills.Those being just a few of her many joys.
She was truly a Phenomenal Woman and the backbone of her family.
Hazel’s strong wit, fun loving personality and gracefulness will be greatly missed by all that were blessed to know her.
On January 9th, 2020 Hazel departed this life. She was preceded in death by her brother Freddie Castleberry, mother Elizabeth Turner and father James Frison Sr. Those left to celebrate her life and cherish her memory include her husband Nathan Matthews, her children Darrel (Danielle) and Angela, Stepson Christopher Matthews, Beloved grandson Malik, 5 brothers, 1 sister, and a host of nieces, nephews, cousins and other relatives also many friends.