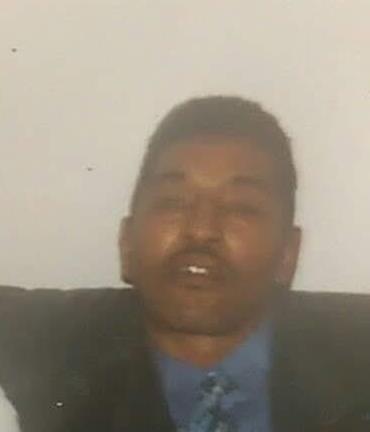 REMEBERING HAROLD DONNELL RICHARDSON
Mr. Harold Donnell Richardson
was born on June 24, 1951 in Lubbock, Texas to his parents, Billie Jack and Luddie Mae Richardson. Harold was the second oldest child of seven children. He had 3 brothers, Billy Jack Richardson Micheal Ray Richardson, Troy Hicks. 3 sisters, Dorothy A. Richardson (Tang), Ineda Richardson and Sherry L. Richardson-Ellis ( Buggy). Harold and his siblings attended grade school in Texas.
The Richardson family relocated from Lubbock, Texas and moved to Denver, Colorado in 1962 where a new life would begin for them. Harold attended Cole Jr. High and Manual High school. He was very smart in school, however he often got bored in school and wanted to see what was happening outside of the school. Harold was a curious about everything, he always wanted to see how things were made or how they worked. He would cut the ironing cord off of the iron and try to reconnect it back to the iron….”now we had to wear rough dry clothes until momma bought a new iron. ..or he would take apart the alarm clock, because he wanted to see what made that alarming noise. Mama and Aunt Dorothy affectionately our Grandmother, but thought she was to young to be a grandmother would be so mad at him. Eventually he began to fix things around the house instead of breaking them.
Harold loved nice clothes and he dressed well from head to toe. He worked varies jobs as a teenager, but always thought minimum wage was almost worse than slavery. Harold worked on a Mr. Softy’s Ice cream truck and at the end of his shift he would come by the house give us all ice cream. In High School he met Loretta Binkley and they had a son, Harold Jr. Later he began dating Margo who would become his wife until his passing. Harold and Margo were the parents of four children, Sheilah, Harrell, Darrell, Monaye.
As an adult Harold loved and lived his life. Like most of us he did what he could do to take care of his family. He was not a perfect man, and whatever choices he made in his life he never blamed anyone else for his mistakes. Harold had a humble spirit filled with love and compassion, he was always looking out for others. He had many brothers from a different mother, Greg George, Philip, and many others.
If he called you his friend, you was a friend for life.
Harold loved to cook and bake, he would make homemade dinner rolls from scratch, carmel cakes and peach cobblers and it would taste just like momma’s did. He was always asking Margo to taste whatever he was making.
He worked for many years as a Superintendent for Asbestos Removal company which on several occasions he had to travel out of state. Harold would often become home sick and missing his wife and grandson Nyeri. When he was home, he loved working in his yard every weekend when the weather permitted. He was very proud of the shed that he built from the ground up with little to no help from anyone else. He and Margo loved having family over to the house for BBQs, card playing, pool, bones or just sitting in the backyard and laughing and talking. Harold gave love unconditionally, if he called you his friend, you was a friend for life.
Harold has been sick for the past few years, but he never complained about not feeling well. He refused to lay around in bed all day. Harold often cooked and went about his day even when he wasn’t feeling his best. He got up and took Sasha his dog out for walks every morning, in fact he took Sasha everywhere he went. If you saw him driving down the street, you had to do a double take cause it looked like the dog was driving the car. He truly loved his Sasha.
In the week before his passing, Harold and Margo had the conversation about his home going and that she wanted to make sure that he gave his life to Jesus and he had. God called Harold home on Saturday morning, November 16, 2019, when he saw that he had fought the good fight. Harold passed away peacefully in the hospital. May his soul rest in everlasting peace.
Harold leaves behind to cherish his memories a legacy of love, his wife, Margo Elaine Richardson, Denver, Colorado, three sons, Donny Steelz, Las Vegas, Nevada, Harrell Richardson, Dallas, Texas, Darrell Richardson, Phoenix, AZ, two daughters, Sheliah M. Harvey, Denver, Colorado, Monaye J. Fiallo, Awautukee, AZ, three brothers, Billy Jack Richardson II(Sabina), Micheal Ray Richardson (Kimberly) Lawton, Oklahoma
Troy Hicks (Chonda), Denver, Colorado three sisters,
Dorothy A. Richardson, Denver, Colorado, Ineda Richardson, Sherry L. Richardson-Ellis (Will), Surprise, AZ
Many grandchildren, great-grandkids, nieces, nephews, cousins
A Message from your daughter…
” May you rest in peace Dad,
I love you more than this life! I know you “SHOT” straight to heaven.
Love, She Money…aka Sheila
“I wish y’all could have met my dad!

TRIBUTE TO MY DAD
SHEILAH
” TO OUR BROTHER ”
Our love for you is unconditional and will never change. We all have laughed out loud and cried even louder. We have always admired you for being who you were taking the bitter with the sweet. You have endured the good and the bad throughout your journey here on this earth. You kept your head up and your spirit high regardless to what you were going through. Brother Harold you can truly say ” I DID IT MY WAY”.
We will miss you and will always Love you.
Your brothers and sisters