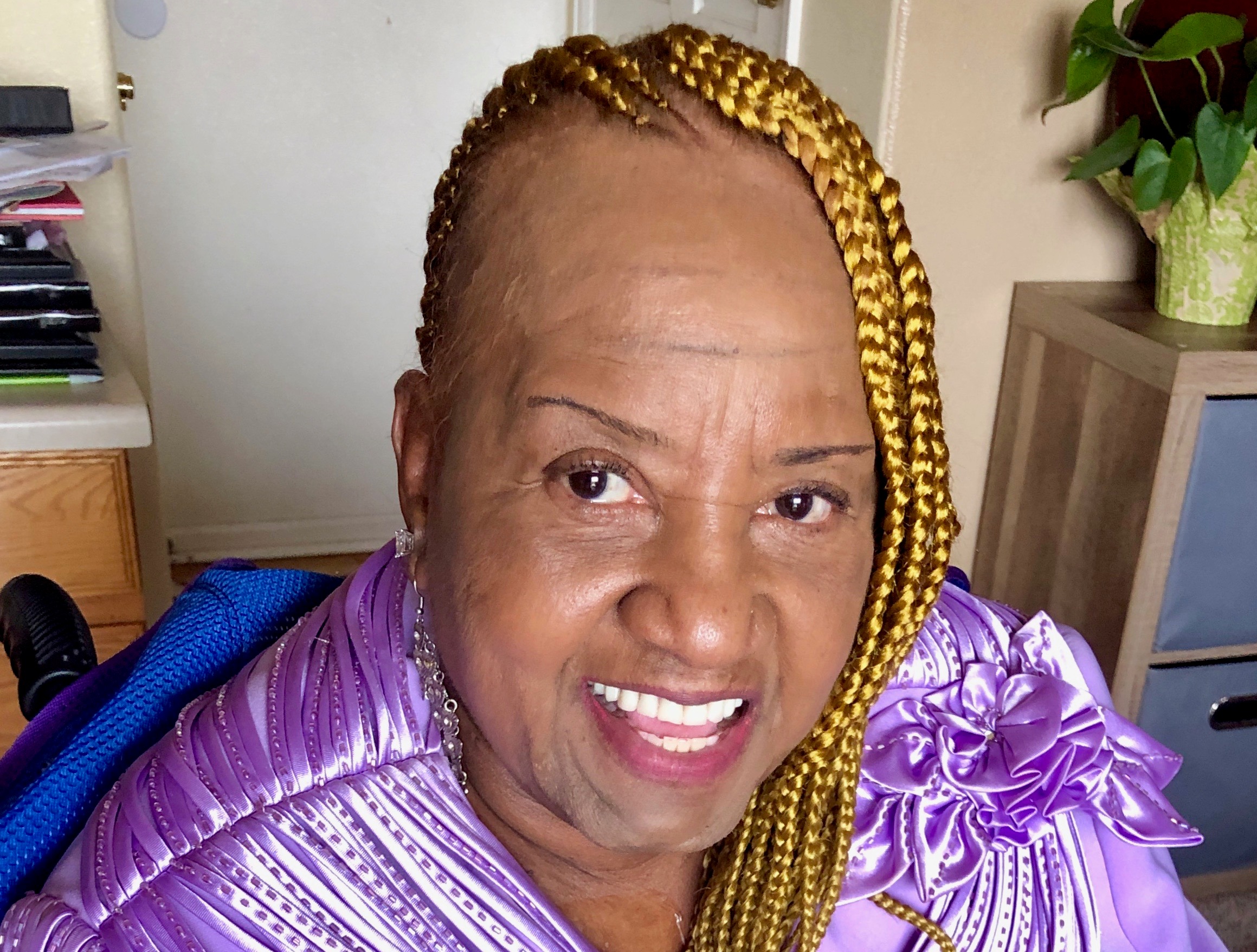 Gloria Jane was born January 6, 1940, in Elizabeth, New Jersey, Union County, to Louise Prather and Joseph McLain. She was reared by her grandparents Sally and Daddy Prather on Oswald Place in Vauxhall, New Jersey. She was the only child from this union.

As a child, Gloria had fun visiting her grandmother, Addie McLain and playing with her cousins. She attended Bethel AME Church and the Springfield Baptist Church were she gave her life to Christ. She received her early childhood education in Vauxhall New Jersey, where she attended Union High School and was an honor roll student. Gloria loved to laugh, enjoyed music, dance, and singing.

In 1958, Gloria was introduced to her high school sweetheart Warren Hardy Watkins of Springfield New Jersey by her aunt the late Elaine (Prather) Thomas.
They exchanged vows on January 7, 1960 in Union County New Jersey while Warren was serving in the United States Army. The loving couple traveled to Germany, France and Canada as Warren served our country. To this union, two daughters and two sons were born; Tywanna Louise, Tonya Sophia, Warren Joseph, and Jeffery Mookie.

In 1968, Warren and Gloria purchased their first home in Linden New Jersey. Soon after Gloria joined Morning Star Church under the pastorate of the late Bishop Irving Evans, where her family attended regularly and became active in Sunday School and other ministries in the church. Gloria often helped where needed and offered supplies as needed to further the ministry.

She loved to travel with her husband and family across the country and the world to such places as Disney World Florida, California, Colorado, Mexico and Canada. Gloria loved fashion, theatre, live plays, music, and concerts. She would encourage her children to play instruments, sports, and dance; taking them to recitals and practices over the years. She also enjoyed eating and preparing seafood, sweets, chicken curry, and Italian cuisine. Often cooking for the family and inviting neighbors and friends over for potluck style meals.

Gloria had several occupations; security with Lord & Taylor in her early years, school aide, housewife, and an Avon consultant while married. She continued in love and support of her children by serving as a school aide in the Linden Public School system. Nearing her twilight years, Gloria worked for Unimac Graphics and retired from that company. Of all the places Gloria was employed and jobs worked, she is most remembered for helping others and giving a place of refuge for those who needed care in her own home. She assisted anyone in the neighborhood, her place of employment, and church. She often assisted her friend, the late Gertrude Hannibal, provided care for her late cousin, Peter Thomas and cousins Muriel and Matthew Johnson. Gloria loved people and desired the best for everyone who crossed her path. She was outspoken, truthful and caring. Her most noted saying to her children was, “God bless the child who has his own”.
In 2016, Gloria asked her family to move her into a senior living residence. Her son and daughter-in-law acted quickly to fill her request, always available for whatever mom needed. Gloria loved her independence and ease of a smaller residence. Although her living area was smaller, her heart was not. She still invited others over, cooked and offered assistance when she was able, assisted and visited her friends often. She still was a “fashionista”, enjoying the most appropriate trends, attending church, enjoying NJPact, plays, and traveled when able.

In March 2018, Gloria moved to Denver Colorado with her daughter, son-in-law and five grandchildren. Ms. Watkins soon joined God’s Will Christian Fellowship under Pastor Frank Jones (son-in-law). While her mobility became limited, she attended worship services faithfully, enjoyed court television and game shows, with Steve Harvey as her favorite game show host. She became the “supervisor” in the kitchen and grandchildren’s fashion advisor. Every night before bed she quoted her favorite Bible verses, prayed, and watched a movie. Her personal goal in life was to be a living witness for Our Lord and Savior. Jesus Christ. To God Be The Glory!