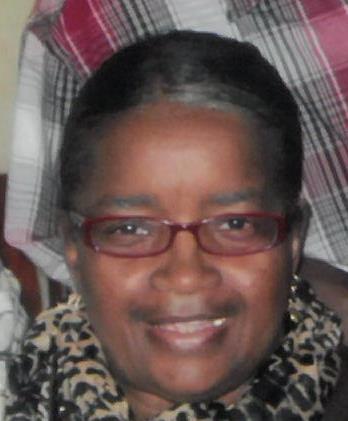 Delores Rich Williams was born on January 22, 1945 In Douglas Georgia To Maye B Harrell and Joseph Killings. She was the one and only child from this union. She’s been spoiled with love ever since! As a young girl Delores moved to Savanah Georgia and stayed with an aunt for a couple years. Her Mother vowed she would send for her as she loved her daughter dearly. And soon she sent for her and moved to Amarillo Texas. While growing up in Amarillo, Texas; Delores, loved being with her aunts and uncles and spending time with her cousins. Delores went too Carver High School where she was a cheerleader and made many friends. It was during her high school years that the nickname “ D Baby “ was birthed. Friends like Alma Swain, Legale, and Anthony Andrews say “we started calling her “D Baby” because she was so sweet to everyone. Delores was like innocent and lovable like a baby. So we started calling her “D Baby.”
Delores went on to Bishop State College University where she would get her associates degree in Business and Data Processing. In high school she met Robert C. Boston her first love (High School Sweetheart) and would later mary and have her one and only son Robert Boston III affectionately called “Trey.” Delores loved Trey like Jesus loved Lazarus! Trey could naturally do no wrong. Later on Delores would part with Robert C. Boston and would move to Denver, Co. It was in Denver that she met and fell in love with Leo Rich Her Mother Later moved to Denver Colorado where she would later join her. After she moved to Denver she fell in love with Leo Rich. They soon became married and to this union begot her one and only Daughter; Brigeda E. Rich. Delores raised her daughter as she had been raised; with nothing but the best. ANyone who was around knows Brigeda and Delores were always well dressed. Sharper than any tac and that’s a fact! Delores loved her children! She loved her family unconditionally and would do anything in her power to make sure her family was safe.

Delores also loved money. She beieved in working hard for what you want. In Denver she worked Safeway as a Data Processor for many years. She also worked for Lockehead Martin Department of Defense for a brief time. Delores Owned and operated Another Chance Bail Bonding in 1988. Under her mentor Grandville Lee; paving the way for many business owners in bail bonding.
Delores loved the Lord! She gave her life to Christ at an early age of 8 years old! While residing in Denver, Delores joined Antioch Church of God in Christ. Where she served faithfully and dilligently for over 25 years unnder the leadership of Bishop Frank E Johnson. Delores had a calling to work in the Nurses Unit. And was found to be a jewel!
Delores was a special woman. Truly one of a kind. A woman of high morals, standards and values. She was a mother, a sister, a grandmother, a confidant, and a friend! To know her truly was to love her. Delores was a very giving and caring woman and she exemplified that by how she carried herself and what she involved herself with. Delores was such a jewel not only to us but in the eyes of the Lord. SO much so in the eyes of the lord that he took his jewel back to place it in his crown!