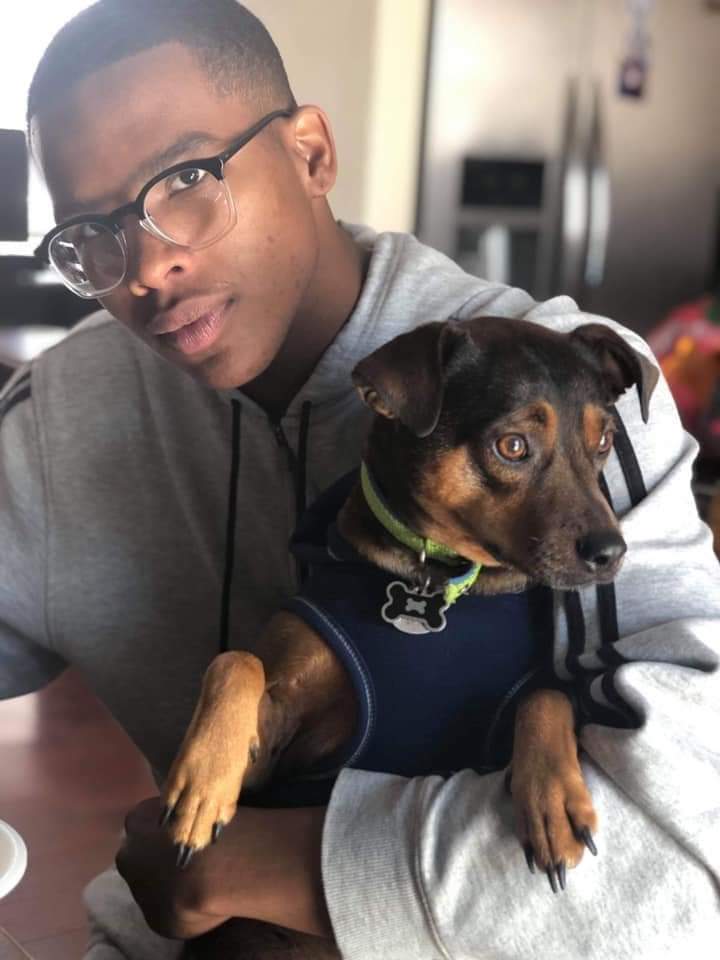 “You left us beautiful memories, your love is still our guide, and though we cannot see you, you’re always at our side”
-Anonymous
Davon Hunter-Bell also known to some as “Marcell”, was born in Lakewood, CO on August 7, 2002 at 6:26pm, to his parents Dail Hunter II and Rynn Sango. He had 4 brothers, Cyrus, Devin, De’Andre and NaShaun; and two sisters, Aiyanna and Areon. As a child, Davon was upbeat, comical and playful. Davon loved being around his friends and some of his closet friends were Connor, Jacob, Lavell, Shaquil and Shaquan. His friends loved his bold and animated personality.
During his childhood, Davon enjoyed being active and seemed to have more energy than he could handle. The people he loved to be active with the most were his cousins and friends. Finding new adventures daily, was never a struggle for them. He attended Stober Elementary and Russell Elementary. Around this time, he grew to love football and embraced the opportunity to play for teams in Montbello, Wheat Ridge and Arvada. Being outdoors seemed to give him more inspiration and life so when he could, he would always be ripping and running. Davon loved to be creative; whether it was drawing, clay, etc. he enjoyed using his energy to create something for him to bring home with pride.

In his middle childhood/ teen years, Davon attended Everitt Middle School, Rachel B. Noel, Arvada k-8 and Arvada High School. Davon’s teachers remember him being so jovial and a class clown who loved making others laugh. Basketball was his new choice of sport and he found passion and excitement in the game, learning and the comradery. During warm days, his favorite place to go was Terrace Park where he would meet his friends and “shoot some hoops”. Some of his friends distinctly remember him trying to dunk and missing horribly and hitting the pavement but never giving up. He started to have an indescribable amount of confidence in himself and his abilities and it was infectious. Creating a random freestyle about an unusual situation would be a choice of hobby when he was bored or wanting to connect. He enjoyed creating slapstick, standup comedy routines about himself, others or situations that occurred. Riding his bike, going on the bus, playing basketball at the rec and shopping were some of his favorite outlets.
Prior to his passing, he had dreams to complete his GED, pursue a trade and possibly go to college. The trades that interested him were wind engineering and automotive technician and he was really inspired by the campus and thought of being at New York State College. Those who knew Davon, recognized his charming, persuasive personality and they acknowledged that he would have made a fine businessman. Davon could have sold you your own socks if he had the opportunity. He was working as a cashier at McDonald’s while pursuing his education. Davon loved his friends and family and often leaned on them for comfort, support, to ask questions, to have fun or just be his comical, crazy, goofy self.