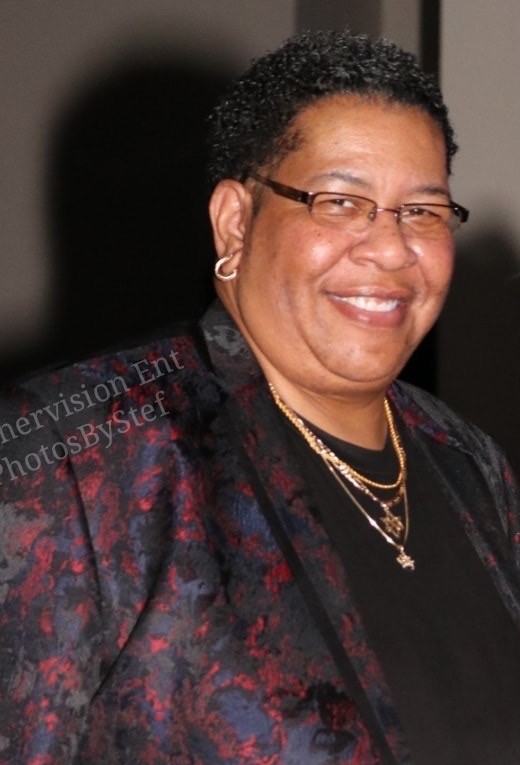 On the bright and sunny Easter/ Resurrection Sunday afternoon of March 26, 1967, Christel Elizabeth Gayles was delivered into the loving arms of her parents Robert and Julia Gayles, in Denver, Colorado. She was educated in the Denver Public School System, having attended Mitchel and Steck Elementary, Cole Jr. High and was a proud graduate of Manual High School class of 1985. While she was in high school she became interested in her family history. When she discovered that her maternal great grandmother’s name was Queen, she legally added Queen to her name.

Serving God was an important part of Christel’s life from an early age. She was raised in the Christian faith at New Hope Baptist Church. As a child, Christel was active in the children and youth programs; under the leadership of devoted church workers like Bessie Hill, Ora V. Smith, Leordie Clark, and others, Christel learned to love the Lord and serve his people. She joined the Usher Board as a young adult. When she was unable to attend church regularly because of her work schedule, Christel would support her mother in completing tasks that called for her computer skills. In that capacity, her unofficial title was designated as the Satellite Ministry. Christel would produce flyers, program designs and other support documents for the Majestic Praise Choir under the leadership of her cousin Daryl J. Walker. Additionally, she worked with the Annual Women’s Day committees doing program design and layout. She loved being in church, helping with events, locking the doors on Sunday’s after church or whatever was needed. Christel took pride in her work for the Lord.

Over the years, Christel demonstrated a strong work ethic. She began her world of work with US Bank in April 1987-September 2000. As an excellent driver, Christel drove for Fifth Avenue in Style Limousine from 2000-2003. In September 2003, Christel began working for the Transportation Department for Denver Public Schools. She began as a Bus Driver and ended her career as an Athletic and Excursions Supervisor in 2018. She later worked for a short period for Amazon prior to her passing.

Christel always had a big personality. As a child, she never met a stranger. She had the natural ability to make people feel comfortable, welcomed and cared for. Wise beyond her years, she would speak truth with a large portion of humor, leaving you with a new perspective on any situation. People naturally gravitated towards her. She will always be remembered as a woman with a big heart. Christel’s presence when she entered a room was amazing. It was something to see how she could connect with anyone from any background. She was genuine and authentic and carried herself with class, grace, and was generally the best dressed in the room.

A woman of many talents, Christel would set her mind to learning or doing something and she refused to be defeated. She taught herself how to cut hair, restore computers, and she downloaded over 700 CDs to her computer, which eliminated the need to keep the discs.

For a woman who never married she had a husband, her childhood friend Sammie Gaskins. They declared their marital status as husband and wife when they were children. For a woman who never gave birth to a child, Christel had many children. She loved children and they loved her. One of her first kids was six years old when Christel became her Auntie. Devindra Randell was the beginning of a group of beautiful young people that called her Auntie and the numbers have grown to 12.

Family was priority for Christel. She was very close to her mother, who she referenced as her best friend. They spent a lot of time together traveling, laughing, attending events and sharing life. She was known as the official bartender for most events held at her mother’s residence. Christel was loving and protective of her mother, who she relied on for sound advice and encouragement. Christel made herself available to support her younger cousins in their athletic and academic endeavors, supporting fund raisers and giving them encouragement and instructions on life skills. She liked to have fun but was also a no nonsense kind of girl. She made it a priority to touch base with family and friends regularly.

God’s timing is always perfect. A little over 10 years ago information was revealed that Christel might have a younger brother. She set out to find him with the hope of developing a relationship. After patient pursuit, she was able to connect with her brother Christopher Elliott Hall. Over the years they have become very close. Christopher said, I will always remember all of the great times we had together going out to eat or running around places meeting people and finding old and new friends….Christel My Sister, My Friend, My Protector, My Counselor, My Right Hand In Life.”