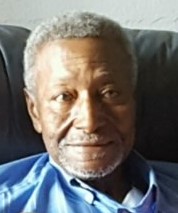 Abron Brown, Sr. was born June 20, 1938 in Hickory, Mississippi to the late Jesse Brown and Lela Anderson. He was the youngest of eight children. He had three brothers Frank, Bill and Arthur and four sisters Jesse Mae, Louise, Emma and Ida. As a child, he lived on a farm and lived an enjoyable childhood.

Abron received his formal education from Hickory High School. He joined the United States Army in 1953 and then he later enlisted in the reserves. After he got out of the reserves he worked as a television repair man. He relocated to Denver, Colorado where he met the love of his life Rebecca B. Brown (Hall). They were married in holy matrimony on July 1, 1961 in Denver, Colorado. To this union, four beautiful children were born: Rebecca Ann, Lisa Marie, Abron Jr. and Kevin Dewayne. Abron was blessed with 8 grandchildren, two of which were raised as his own (Dedrick Germain and Seanavea Annette) and 4 great-grandchildren all who will carry on his legacy.

Abron worked for Western Pavement for over 30 years as a Tire Service Repairman. He also was a member of Greater St. John Baptist Church. In his free time Abron enjoyed talking on the phone with his sister Emma and watching Denver sports teams, especially the Broncos and the Nuggets.

After his retirement, in his spare time, Abron enjoyed gardening, cutting his grass and spending time with his family, especially his grandchildren and great-grandchildren. Abron will be remembered for his laid-back personality, his kindness and as a loving man and great provider to his family or anyone in need.

Abron passed from this life at St. Joseph Hospital in Denver, Colorado on May 19, 2019 at the age of 80. He was preceded in death by his parents, his three brothers and three of his sisters.