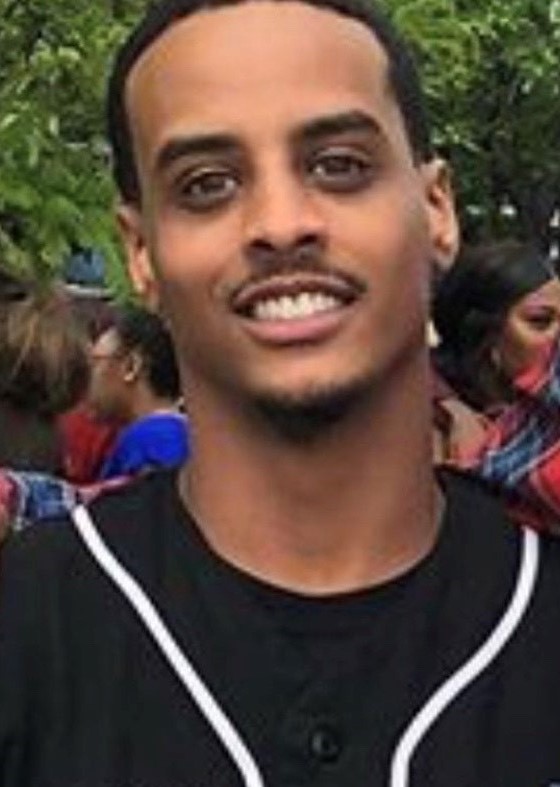 On Thursday, May 14, 2020, Aaron Tewolde, a loving son, brother, cousin, nephew, uncle, and friend, passed away at the age of 26. He was born April 26, 1994 in Denver, CO, to Medhin Tewolde and Lucia Beyene. We just celebrated his golden birthday this year, just one day after his mothers birthday! Aaron Tewolde attended Montclaire Elementary School, St. James Catholic School, and George Washington High School. Aaron only completed his junior year of high school due to his independence, eagerness to find himself, and curiosity of the real world. With that being said, God had bigger and better plans for Aaron!

Aaron had a passion for basketball, video games, travel, music, and most importantly, family! Aaron will be remembered for his beautiful light brown eyes, contagious smile, huge personality, kind heart, and infectious laugh that was not only admired by his friends and family, but also by all the people that were fortunate enough to have met him. He touched everyone in so many different ways! He loved having in depth conversations with people and he loved to learn from others, but most importantly he loved to teach and educate people! Aaron was nothing short of amazing!

Family meant everything to Aaron, so much that he got a tattoo across his chest that said “Family First!” Just below that tattoo, are four smaller tattoos of each of his immediate family members, Medhin( father), Lucia( mother), Bethlehem( oldest sister), and Salem( middle sister)! When Ziahda was born, Aaron mentioned several times that he had plans to tattoo her name somewhere on his body as well, but unfortunately he never got the chance to!

We all know that Ziahda meant the world to Aaron. From the moment Ziahda was born, to his last few moments here on earth with us, he spent as much time as he could with her, she made him feel special, she was his first niece! He also made it a point to thank Beth as much as he could for bringing in such a beautiful joy and gift to our family!

Throughout Aaron’s life, our family was blessed with two additional family members who came from Eritrea and Saudi Arabia to live with us, Nebiat Hagos and Rahel Zemichael. Aaron became especially close to Rahel because they had a lot in common, they were close in age, and spent a lot of time together. Nebiat was a bit older so he looked to her as a mother figure. Nebiat gave birth to her first son Eyosyas in 2017, giving Aaron his first nephew.

Being that Aaron was the only boy and the youngest of three siblings, my mom paid special attention to him and made sure he was never left out. In fact, she made sure to let everyone know he was her favorite! Aaron had plans to move, start a career, and a new life in Atlanta, Ga where his sister Salem currently lives!

Aaron had a special place in his heart for his country Eritrea, where both of his parents migrated from. His first family trip to Eritrea was in 2003, where he spent three months exploring the country of his beloved parents, and meeting all of his extended family members. Aaron was only 9 years old at the time but remembered every single detail of that unforgettable trip. Aaron loved Eritrea so much, that he went back for the second time in 2013, this time he went alone to explore on his own, he was 19. He reunited with his family and made new, long lasting friendships with people all over the world! Aaron had a tattoo of Eritrea on his wrist, because not only did Eritrea challenge him, it made him a better person. Aaron made some of his best memories back home!

Aaron was preceded in death by his grandmother Aday LemLem Woldemichael. He is survived by his father and mother Medhin and Lucia, his two siblings Bethlehem and Salem, his niece and nephew Ziahda and Eyosyas, and his cousins Nebiat and Rahel!